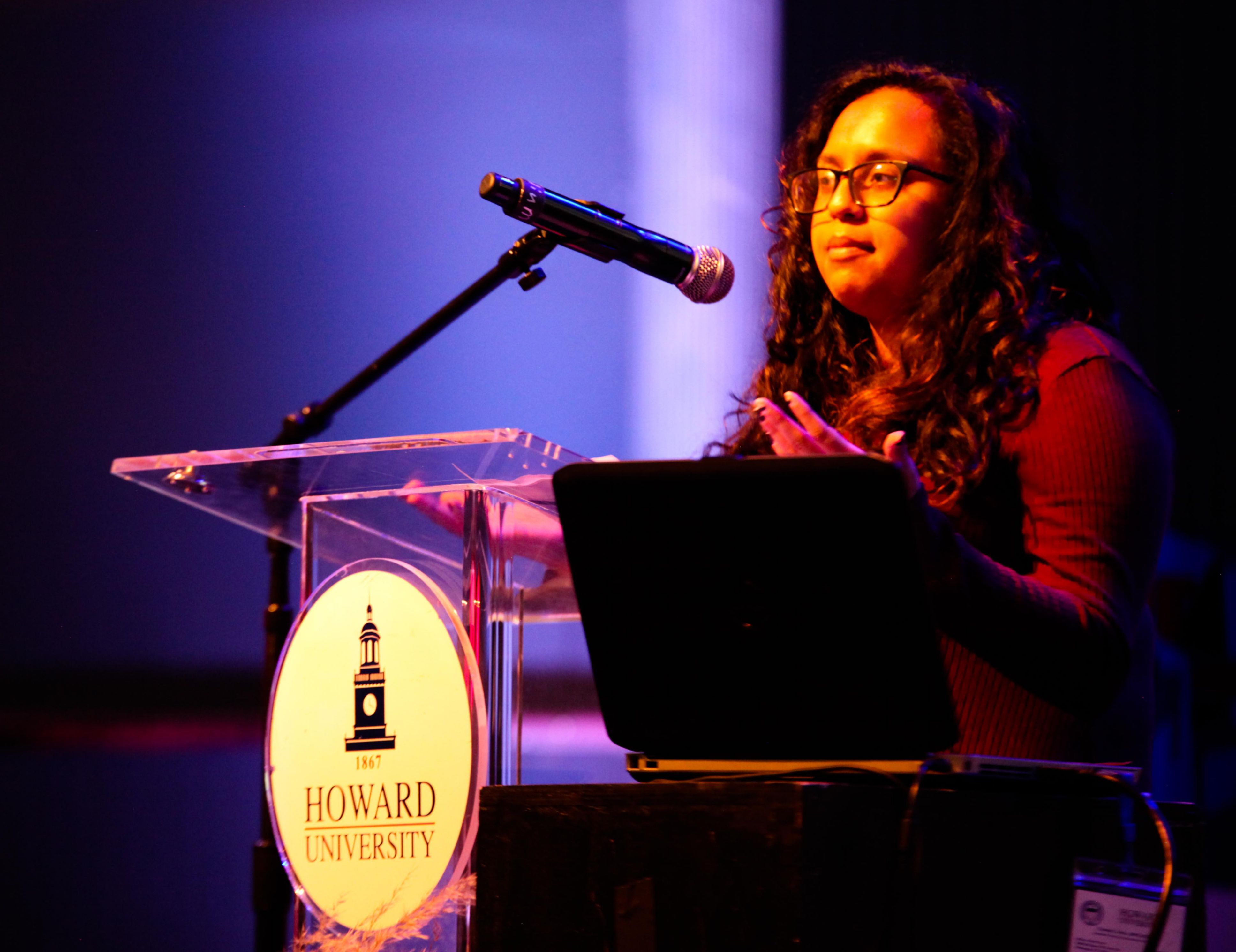 On November 16, CHLP's National Community Outreach Coordinator Arpita Appannagari spoke at the International Conference on Stigma at Howard University in Washington, DC. Arpita addressed the criminalization of viral hepatitis and stigma against people who inject drugs for a panel entitled Action Against Stigma. Moderated by Phill Wilson of the Black AIDS Institute, the panel also included Roscoe Boyd II of Prevention Access Campaign, Victor Reyes of New York Kids Club, Kamilah O. Martin-Proctor of the DC Commission on Person with Disabilities, and Cudore L. Snell of the School of Social Work at Howard University.

To mark International Day to End Violence Against Sex Workers on December 17, CHLP Executive Director Catherine Hanssens authored a blog characterizing HIV criminal laws as a form of violence against sex workers. She asserts that those advocating for state HIV criminal law reform must not leave behind sex workers, who represent more than half of those arrested under these laws. Hanssens concludes, "If we believe that violence against sex workers must be protested and must end, we should protest and end the criminal laws that put a government seal of approval on this violence."

On December 3, Representatives Holly Rehder (R - Sikeston) and Tracy McCreery (D - Olivette) pre-filed bills to reform Missouri’s HIV-specific criminal laws and held a press conference to announce their support for reform that will serve Missourians living with HIV. The press conference was covered widely by the media in Missouri (in the Missourian, an article in the St. Louis Dispatch and a Letter to the Editor by a member of the Missouri HIV Justice Coalition) as well as an AP story appearing in outlets around the country.

The bills, HB 167 (Rep. Rehder) and HB 166 (Rep. McCreery), are similar to bills filed last year when the coalition was an integral part of their drafting. Between the 2018 session and 2019 session, various stakeholders have expressed support for changing Missouri’s HIV criminal laws.

The Missouri HIV Justice Coalition has endorsed these bills and will continue to monitor them and prepare for any potential committee hearings during the upcoming 2019 legislative session.

In December, Michigan passed a law amending MCL 333.5210, the HIV-specific criminal law in their state. HB 6020 and HB 6021 were introduced by State House Representative Jon Hoadley (D-Kalamazoo) and supported by the Republican majorities in the House and Senate. After passing both chambers, the bill was presented to Governor Snyder who signed the bill into law on December 27, 2018. The Michigan Coalition for HIV Health and Safety indicated support for these bills.
The changes to MCL 333.5210 include removing stigmatizing language, narrowing the scope of criminal behavior to remove modes of transmission that are scientifically inaccurate by limiting criminal behavior to anal and vaginal intercourse, and creating different classes of penalties for different activities:
An important note is that "reckless disregard" is defined according to treatment access and adherence as well as viral suppression. Creating a misdemeanor based on whether or not someone has access to a physician and care regimen or is ever able to achieve undetectable status is concerning, particularly given what we know about race, class, and gender disparities in access to care.
Further CHLP analysis of this new law is forthcoming.

Arkansas HIV Reform Initiative
Meetings are held on the on the second Thursday of the month at 11:00 AM (CT).
If you or your organization is interested in supporting HIV criminal reform efforts in Arkansas, please contact Arpita Appannagari at aappannagari@hivlawandpolicy.org.

California
If you or your organization is interested in supporting ongoing efforts by California advocates, please contact Brad Lundahl at brad@eqca.org or 323-848-9801 for additional information.

Florida HIV Justice Coalition
Meetings are held on the first Thursday of the month at 1:00 PM (ET).
If you or your organization is interested in supporting HIV criminal reform efforts in Florida, please contact Kamaria Laffrey at kamaria.laffrey@seroproject.com.

Georgia HIV Justice Coalition
Meetings are held on the third Wednesday of the month at 6:30 PM (ET).
If you or your organization is interested in supporting HIV criminal reform efforts in Georgia, please contact Johnnie Kornegay at johnnie.kornegay@counternarrative.org.

Idaho Coalition for HIV Health and Safety
If you or your organization is interested in supporting ongoing efforts by Idaho advocates, please contact Kevin Lish at kevin.lish@allunderoneroof.org for additional information.

Indiana HIV Modernization Movement
If you or your organization is interested in supporting HIV criminal reform efforts in Indiana, please contact Carrie Foote at foote@iupui.edu.

Louisiana Coalition on Criminalization and Health
Meetings are held on the second Wednesday of the month at 11:00 AM (CT).
If you or your organization are interested in information about HIV criminalization in Louisiana or joining the LCCH, please contact Chip Eakins at ceakins@philadelphiacenter.org.

Michigan Coalition for HIV Health and Safety
If you or your organization is interested in supporting ongoing efforts by Michigan advocates, please contact Kelly Doyle at kdoyle@caresswm.org for additional information.