On September 20th, the White House hosted a convening of 150 formerly incarcerated LGBTQ people, policymakers and advocates to discuss the unique challenges faced by lesbian, gay, bisexual, transgender and queer (LGBTQ) people and people living with HIV (PLHIV) in the criminal legal system. Together with administration leaders, they discussed discriminatory policing and other factors driving LGBTQ people into the criminal legal system. These issues include HIV criminalization, youth homelessness, and high rates of poverty and discrimination against LGBTQ people. The convening also considered near-term ways to make conditions of confinement more humane in federal prison, from anticipating, preventing and addressing the human rights crisis of sexual assault, to remedying the neglect of basic LGBTQ-supportive sexual health care and literacy programs that improve health while reducing violence. CHLP Executive Director Catherine Hanssens moderated a panel on the fight for safety and dignity for people who are LGBT and/or living with HIV in prison. For more, click here. 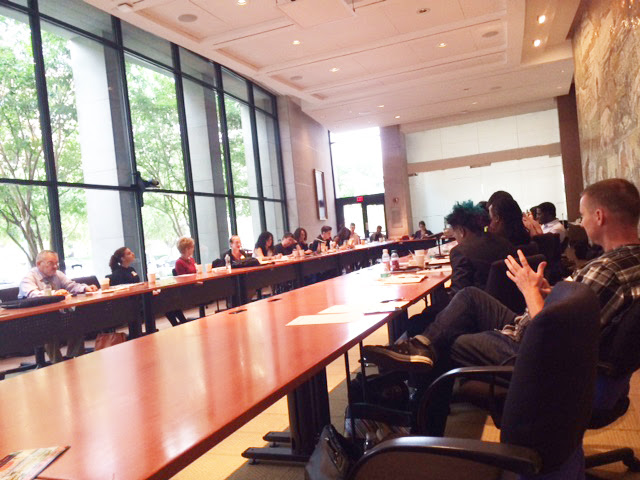 The quarterly meeting of the LGBT/HIV federal criminal justice working group met in Washington, D.C. on September 21st. Highlights from the meeting included a session dedicated to the intersection of HIV criminal justice advocacy and decriminalization of sex work, which HIV subgroup co-chairs Catherine Hanssens and the NLGBT Task Force’s Meghan Maury moderated. The next in-person meeting will be in December 2016.

Californians for HIV Criminalization Reform (CHCR) will hold a forum in November to update the community about the coalition’s work and to invite more people to get more involved. At the forum, CHCR will also honor State Senator Ben Allen, who sponsored SB 1408, the bill that allows HIV-positive organ donation, which was signed into law in May.

CHCR is also working with the LGBT Caucus to hold a legislative hearing on HIV criminalization in Sacramento in November.

In October, Craig Pulsipher, State Affairs Specialist at AIDS Project Los Angeles, and Ayako Miyashita, Director of the Los Angeles HIV Law and Policy Project at UCLA School of Law, appeared on Sex, Please! Radio to discuss a 2015 Williams Institute study on the impact of HIV criminalization laws on the population and public health in California.

If you are interested in joining Californians for HIV Criminalization Reform, please contact Craig Pulsipher at cpulsipher@apla.org.

The Mod Squad CO held two meetings in October with the Colorado Department of Public Health and Environment to discuss the rules for implementation of the STI laws changed by SB 16-146 earlier this year.

If you are interested in information about HIV criminalization or actively participating in the Colorado working group, please contact Barb Cardell at barb@barbcardell.com. 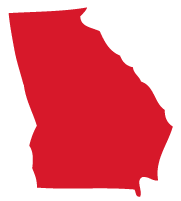 The Georgia working group has been meeting regularly to discuss next steps and strategies for HIV law modernization in their state. The next meeting will be dedicated to bringing new members or those out of touch during the summer up to speed on the working group’s recent work. The regular strategy planning meeting will be later in the month.

The Missouri HIV Justice Coalition (MOHJC) is planning its public launch during the World AIDS Day Conference in Kansas City, Missouri, on December 1st. Derrick Dydell, Community Advisory Council at the Kansas City Care Clinic, is point person for MOHJC at the event. The coalition is preparing for this presentation by working on document revisions, messaging and preparations for educating the public focused on their 30-, 60-, and 90-day short-term goals.

To continue strengthening the coalition, the group encourages new participants, including those who focus on racial justice, are members of faith communities and are living with HIV, to actively take part in the Missouri Justice Coalition’s efforts.

If you would like information on HIV Criminalization or are interested in becoming an advocate with the Missouri HIV Justice Coalition Working Group, please contact Ashley Quinn at ashley@empowermissouri.org or Stephen Williams at swilliams@hivlawandpolicy.org.

Discussions led by Housing Works and including a range of reproductive rights and treatment access advocates, and now CHLP, are underway on draft proposals to amend New York law so that HIV is classified as a sexually transmitted infection (STI). This change, first proposed by CHLP in 2011 to allow management of HIV exposure/transmission incidents under misdemeanor provisions of NY’s public health code, would ease and clarify the law concerning the right of competent minors to access both treatment and prevention of STIs without parental consent. 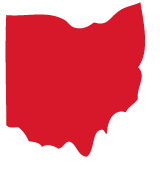 With the drafting assistance of The Center for HIV Law and Policy, members of the Ohio working group endorsed detailed comments submitted to the Ohio Recodification Committee’s draft proposed revisions to Ohio’s HIV transmission statute. While the proposed revisions contain a number of important improvements to the current law, it keeps felony punishment in place for transmission and still perpetuates stigmatizing notions of how HIV is spread and what it means to live with HIV in 2016. The draft proposal came to light through CHLP’s Lauren Fanning's continued contact with key members of the Recodification Committee, which is expected to release its report to the legislature with recommendations for changes to the Ohio criminal code in November 2016.

The call covered a brief introduction to the PJP Guiding Principles for Eliminating Disease Specific Criminal Laws, an overview of the law modernization process, and a discussion of South Carolina HIV criminal laws. Kendall Brooks, Director of South Carolina HIV Task Force, is local lead advocate and Stephen Williams, Community Outreach Specialist with the Positive Justice Project, is lead for the group. With the October call postponed due to Hurricane Matthew, monthly calls will begin in November and will take place the second Thursday of the month.

If you would like information on HIV Criminalization or are interested in becoming an advocate with the PJP SC Law Modernization Group, please contact Stephen Williams at swilliams@hivlawandpolicy.org.

The Tennessee working group is starting conversations with legislators to introduce a bill that will eliminate HIV-related laws from the criminal code and treat HIV the same as other STIs in the public health code. Group members have identified several legislators who are expected to be supportive of this approach. As part of their continuing education around the state, PJP TN recently presented at the annual statewide Tennessee Association of People Living with AIDS (TAPWA) and Ryan White meetings.

If you are interested in information about HIV criminalization or actively participating in the Tennessee working group, please contact Stephen Williams at swilliams@hivlawandpolicy.org.

Texas has experienced a cluster of significant HIV criminalization events including (1) a Dallas case involving spitting and (2) the threat of a new HIV specific statute (i.e. HIV Predator Law). Because a swift response was necessary, group co-chairs and PJP (as a Texas Rapid Response Team) held a call to address these matters on September 30th. Advocates from across Texas responded with a large turnout and vigorous discussion at the meeting. Click on the links below for more information.

Next Meeting: Friday, November 18 at 1:00pm (CT). Meetings are generally held on the third Friday each month.

If you are interested in information about HIV criminalization or actively participating in the Texas HIV Working Group, please contact Stephen Williams at swilliams@hivlawandpolicy.org.

The Washington Working Group steering committee met in September to discuss the group’s next steps. At the meeting, they heard a proposal from the Department of Health, which is planning to introduce an omnibus bill in 2017 to revise the STI code in Washington that will update sections to be consistent with current practice and modernize language throughout. The omnibus bill will include modernization of HIV criminal law. This process will involve community collaboration and is set to being in spring 2017. In the interim, the working group is proceeding with a plan to provide education to the legislature, prosecutors, and judges, as well as local communities.
Next meeting: TBA
If you are interested in information about HIV criminalization or actively participating in the Washington working group, please contact Lauren Fanning at lfanning@hivlawandpolicy.org.

CHLP assists criminal defense attorneys in HIV exposure/transmission cases. We are providing help in cases in a number of states across the country. Among the cases we currently are involved in are the Michael Johnson, Nushawn Williams (aka Shyteek Johnson), and Orlando Batista cases in Missouri, New York, and Ohio.

OHIO
In early October, the Ohio Supreme Court announced, over three dissents, that it would review the HIV criminal law at issue in State of Ohio v. Orlando Batista. CHLP assisted in the drafting and, along with fourteen Ohio-based and national HIV, civil liberties, LGBT, HIV and criminal justice organizations, signed on to a “friend of the court” brief in support of appellant Orlando Batista's request for leave to appeal his conviction under Ohio's HIV exposure law. In July 2014, Orlando Batista was indicted for felonious assault for allegedly engaging in sexual conduct with his girlfriend without first disclosing his HIV status to her. After the trial court rejected his motion to dismiss, Batista pleaded no contest and the court sentenced him to the maximum term of eight years. We expect to submit an amicus brief to the Ohio Supreme Court by the end of 2016. For more information on the case, see: Ohio Supreme Court Will Review Felony HIV Exposure Law and Conviction

If you are aware of anyone charged in an HIV exposure or transmission case, please refer them to our website, www.hivlawandpolicy.org and/or have them or their lawyer, contact CHLP (212-430-6733) for assistance.pjp@hivlawandpolicy.org