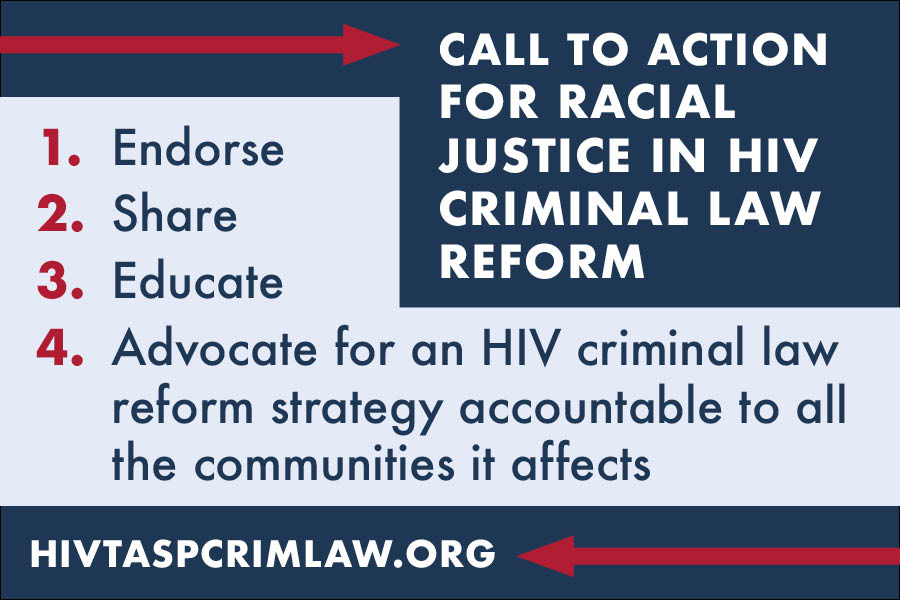 Consensus Statement on the Criminalization of HIV in the United States